16 Days of Activism against Gender-Based Violence Statement: “Orange the world: End violence against women now!” Is “Incivility” Violence Against Women?

This statement notes that the major problem is the invisibility of VAW, with so much taking place behind the
closed doors of homes, and too frequently underplayed by the blindness of patriarchal societies. It answers the question: Is “Incivility” Violence Against Women?

16 Days of Activism against Gender-Based Violence: “Orange the world: End violence against women now!” Is “Incivility” Violence Against Women?

This report argues that “incivility” is on the rise, even though studies on the topic are few especially in Africa. It unpacks how “incivility”, “bullying” and “selective incivility” contribute to VAW.

Violence against women and the marginalization of women’s participation in decision making is on the rise in
Zimbabwe and globally. This problem manifests itself in terrifying varieties throughout the world. Women and
girls experience verbal, sexual, physical and psychosocial, and other forms of violations in the fabric of their
everyday lives in societies around the world. They are excluded from the decision making spheres. Marginalisation, violence, and exclusion are affecting their efficacy in economic, social, and political spheres, leading to
their underrepresentation. As a new gender journal, one of the goals of Gender Lens is to unravel that thread by
shedding light, not only on forms of violence that are already widely discussed, but also on lesser-known forms
of violence, such as sexism, female enslavement in tourism, political violence, and rape as a weapon against
female participation.

HUMAN RIGHTS, ORGANISED VIOLENCE AND TORTURE, AND FORCIBLE DISPLACEMENTS IN ZIMBABWE: THE PAST AND THE PRESENT.

This report explores the history of displacements in Zimbabwe, and chronicles how Organised Violence and Torture (OVT) is often associated with the various episodes of displacements described. It demonstrates how difficult it is to force people to move voluntarily and the need therefore to use forcibly displace people. This force attains the status of gross human rights violations, sometimes meeting the threshold of a crime against humanity as in the case of Operation Mrambatsvina.

RAU’s 2021 International Youth Day Statement argues that it is necessary to involve the young in sustainable future planning, not to do this can make all the problems of climate change much worse. This year’s International Youth Day was commemorated under the theme: “Transforming Food Systems: Youth Innovation for Human and Planetary Health”.

Organised Violence and Torture and Elections in Zimbabwe

Organised Violence and Torture (OVT) has been a feature of political life in this country for decades. It was present before independence in 1980, continued through the 1980s during the Gukurahundi period, and has been a feature of elections since 2000, although not wholly absent from elections prior to 2000. Elections in Zimbabwe are often a time when citizens are fearful about the possibility of political violence, more than half (52%) said so in the 2017 Afrobarometer survey.

The present report, Organised Violence and Torture and Elections in Zimbabwe, describes the OVT in all the elections since 2000. There are more than 90 reports describing this, but this report drew on the reports that provided quantitative data on the OVT: it does not take a qualitative case study approach. The report details the OVT for each of the elections – 2000, 2002, 2005, 2008, 2013 and 2018 – describing the various forms of OVT, the kinds of victims, and the alleged perpetrators.

With elections pending in 2023, and growing fears that these could be violent once again, the report concludes with a range of recommendations for the Zimbabwe government, SADC, and the international community.

This report is one of a series on the history of OVT in Zimbabwe, and is part of a collaborative effort of a consortium of non-governmental organisation, working together to provide assistance to the victims of OVT, irrespective of time, race, gender or political affiliation. 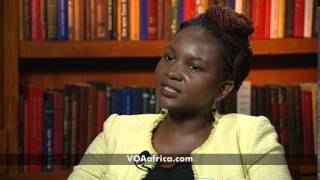