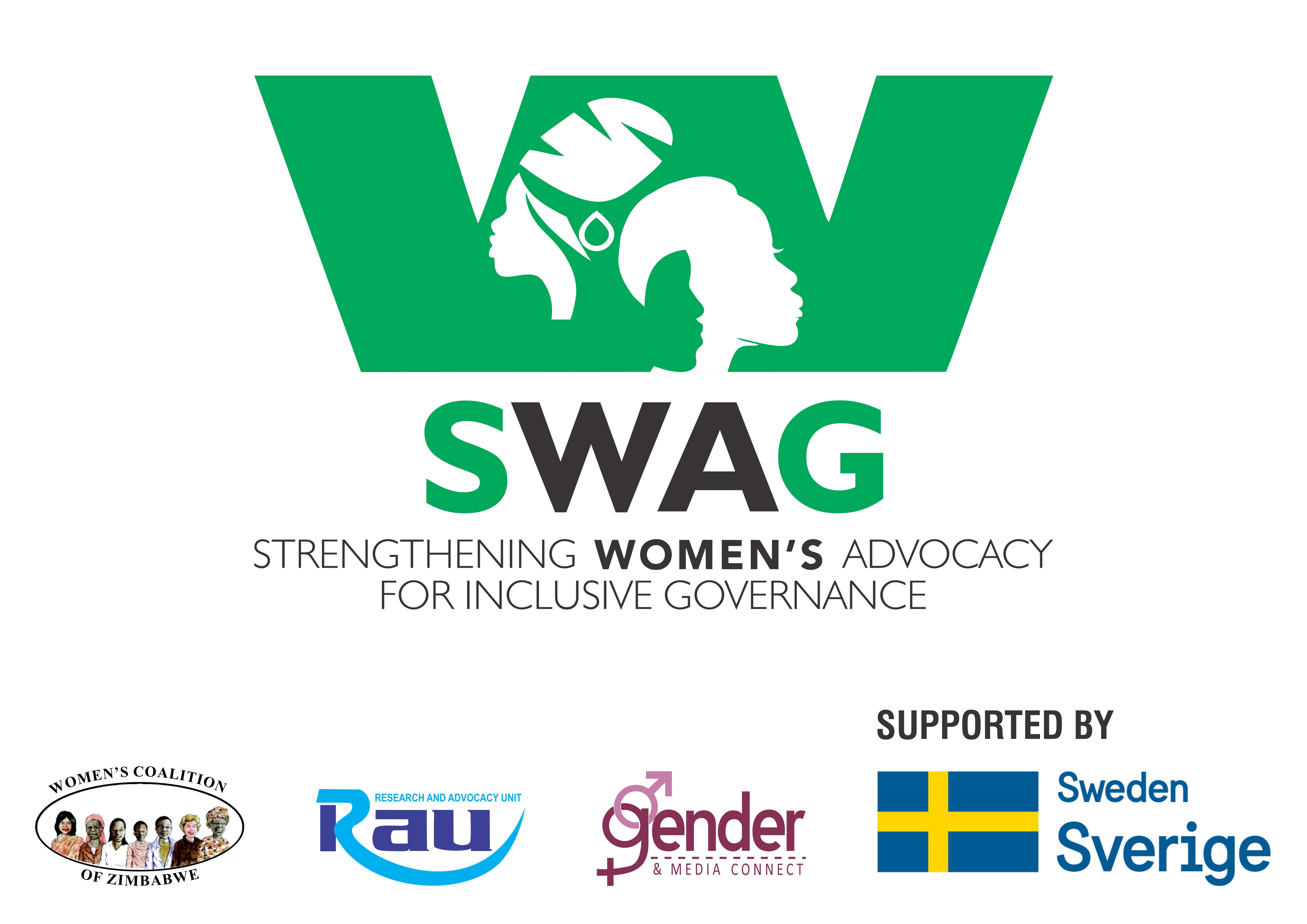 Research and Advocacy Unit (RAU), Women’s Coalition of Zimbabwe (WCOZ), and Gender Media Connect (GMC) were coordinating a “Strengthening Women’s Advocacy for Inclusive Governance, (SWAG) from 2017 up to 2021” campaign to galvanize vibrant collective advocacy at community and national level towards increased participation of women in governance processes including elections. The campaign was launched in November 2017 and ran till April 2021, and it focused on women in their diversity as citizens, community leaders, aspiring leaders, and already elected female leaders serving as councilors, members of parliament, and senators. SWAG campaign aimed at the mobilization of women and capacity development for them to participate, lobby, and advocate for equal participation in governance processes at all levels.

For more information on the photo book download the book below.

The campaign developed a status of women Journal called the Gender Lens which has published Four issues. First ‘Issue was on the Proportional Representation for Women: the Way to Equality (Volume 1. No. 1), and second issue was on Gender Based Violence against Women and its Consequences. The Third issue was published on the topic Participation of Women Matter! and hard copies were distributed to parliament of Zimbabwe, Civil society organisations, etc. The fourth issue was a canvass of Female Leadership During Crisis. The journals are readily available on the website under the links below.